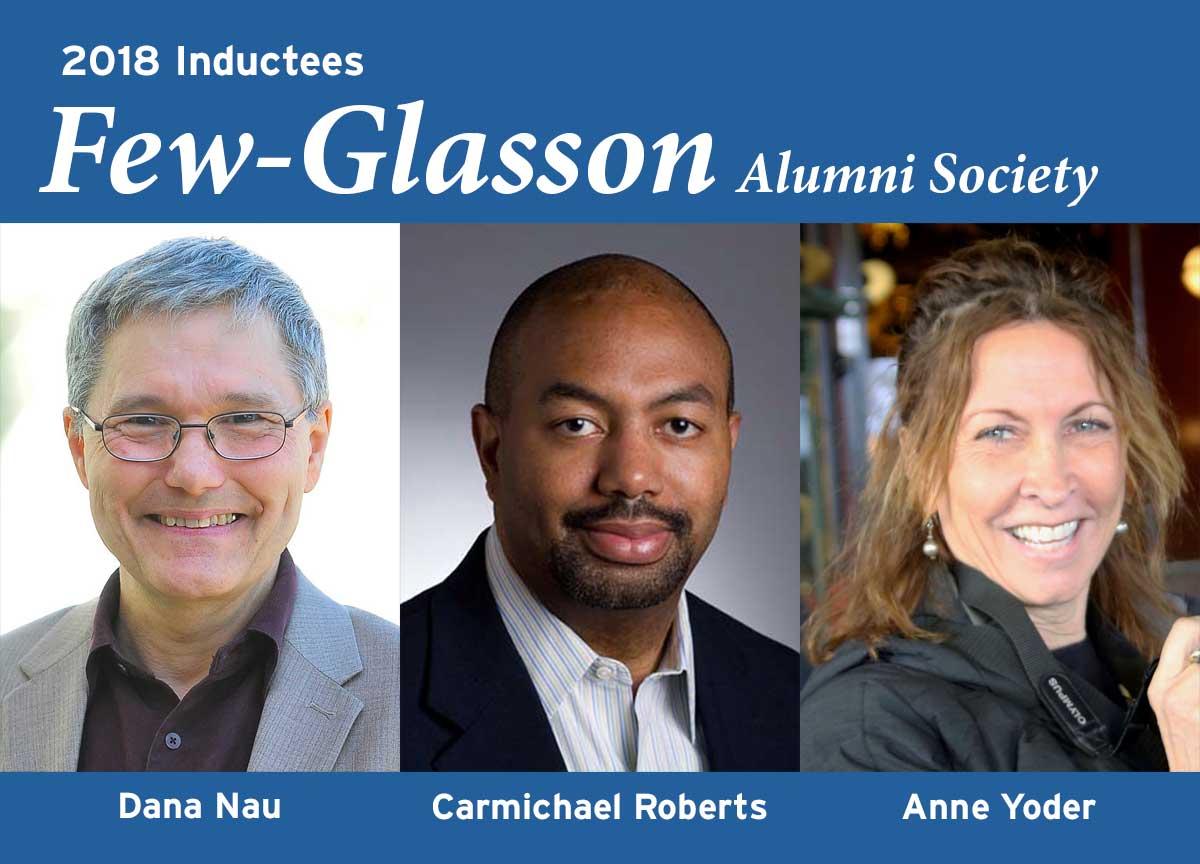 The Graduate School has announced the 2018 inductees to the Few-Glasson Alumni Society: a leading scholar in the field of artificial intelligence and game theory, an entrepreneur investing in other entrepreneurs, and an evolutionary geneticist who spent 12 years leading the Duke Lemur Center.

The Few-Glasson Alumni society, created in 2016, honors Duke graduates who have distinguished themselves through their career accomplishments, the potential of their current endeavors, or their support of graduate education and students at Duke.

The Few-Glasson inductees for 2018 are 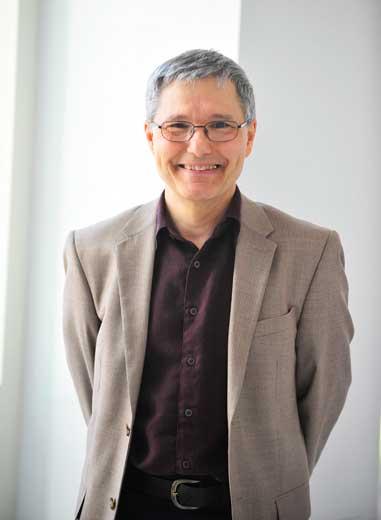 Dana Nau is an artificial intelligence researcher who works primarily in game theory and automated planning. Nau is a professor at the University of Maryland, where he works in the Department of Computer Science and in the Institute for Systems Research.

Nau’s dissertation research provided an important game-theoretical result by refuting the belief that searching farther down a game tree always yields the best outcome. A game tree is a sequential graph that depicts positions in a game and their potential outcomes. As a result of his research, instances where a deeper search resulted in a worse decision became known as Pathological Game Trees. Nau’s groundbreaking research into this new class of game trees is highly esteemed among the artificial intelligence community. His research is featured in Judea Pearl’s 1984 book Heuristics:… .

Nau’s work in automated planning and adversarial game theoretics attracted the attention of Thomas Throop of Great Game Products Inc., who asked for Nau’s assistance in creating algorithms for computer-bridge playing programs. Nau, along with his student Stephen Smith, developed algorithms that would be integrated into Throop’s “Bridge Baron” to win the 1997 World Computer-Bridge Championships.

While at the University of Maryland, Nau created the Simple Hierarchical Ordered Planner (SHOP) and SHOP2 systems. These automated planning systems are open sourced and have been downloaded and used on thousands of projects, such as in various engineering fields. They furthered Nau’s reputation as a pioneer in the AI community, and the SHOP2 program received a Distinguished Performance award at the 2002 International Planning Competition.

Nau has written more than 300 refereed technical publications and has co-authored two graduate-level textbooks on automated planning and artificial intelligence. The first textbook—Automated Planning: Theory and Practice (2004)—is considered to be the standard in its field. The second textbook, Automated Planning and Acting (2016), further extends the work.

In collaboration with a cultural psychologist, Nau is using his game theory expertise to model how structural and environmental factors influence human behaviors and social norms. This work has led to publications in several leading scientific journals.

Here is a closer look at Nau’s career, in his own words: http://www.cs.umd.edu/~nau/papers/nau2012what.pdf 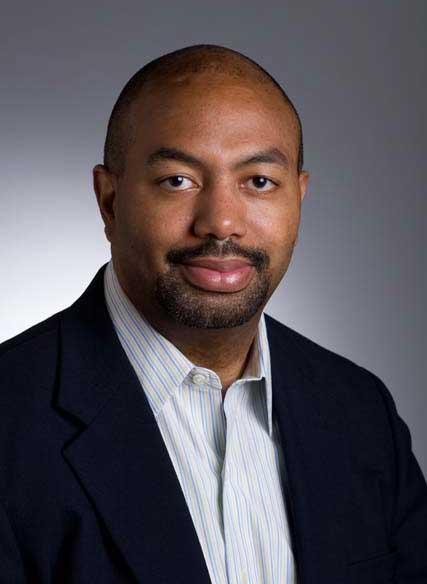 Carmichael Roberts is an entrepreneur and venture capitalist primarily investing in companies that create products using materials science and engineering. He is a founding partner of Material Impact, a fund that builds companies that use innovative materials technology to solve problems. In addition, Roberts is a member of Breakthrough Energy, a group chaired by Bill Gates that serves to prolong the sustainability of the planet through building companies that combat climate change. (Boston Globe article on Roberts)

Joining with George Whitesides and Harvard University, Roberts cofounded Diagnostics For All Inc., a nonprofit using materials science to build low-cost diagnostic tools. As the current chairman of this organization, Roberts has dedicated himself to improving these tools for those in rural areas of developing nations.

Roberts began his venture career as a general partner at North Bridge Venture Partners, where his scientific expertise has guided the firm to capitalize on discoveries in chemistry and material engineering. In this pursuit, he has financed and built several successful companies that create innovative products through materials science.

After graduating from Duke, Roberts completed his postdoctoral National Science Foundation Fellowship at Harvard University before earning his MBA from the Sloan School of Management at MIT.

As a leader in the venture-capital industry, Roberts serves on the board for the National Venture Capital Association and the Consumer Technology Association. He is also on the Board of Overseers of the Boston Symphony Orchestra and the board of the Massachusetts General Hospital Physician Organization. In 2013, Roberts was elected to the Duke Board of Trustees, where he is chair of the Institutional Advancement Committee and a member of the Executive Committee and the Committee on Honorary degrees. In 2017, he was appointed to the Duke University Health Systems Board of Directors and currently serves on the Audit and Compliance Committee. 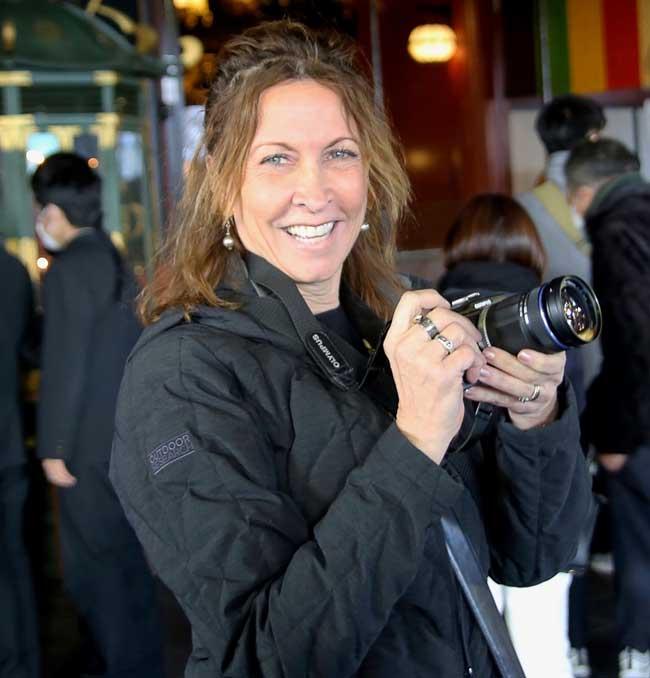 Anne Yoder is the Braxton Craven Professor of Evolutionary Biology at Duke University, where she spent 12 years as the director of the Duke Lemur Center before stepping down in June. As director, Yoder revolutionized the research center, doubling its research activity and constructing new housing facilities for the 285 new lemurs born in the faculty during her tenure.

In her new position, Yoder is devoting herself to her research in biodiversity conservation through the use of integrative evolutionary genetics. As a researcher, Yoder’s work in evolutionary biology has been centered around Madagascar’s complex animal and plant life, studying how the unique convergence of climate, geography, and genetics create such a diverse ecological environment. She is currently on a year-long research sabbatical and will spend time in Europe and northwestern Madagascar, exploring species dynamics in mouse lemurs. She is also working on a book project with colleagues in the United Kingdom. She will resume teaching in fall 2019.

Yoder’s passion for the lemurs was ignited as an undergraduate at the University of North Carolina at Chapel Hill when her class took a trip to the Duke Primate Center (now the Duke Lemur Center). Yoder completed her Ph.D. in biology at Duke after spending two years as a research technician at the Smithsonian’s Museum of Natural History.

Her research in evolutionary biology has been supported most recently by fellowships from the John Simon Guggenheim Foundations and the Alexander von Humboldt Foundation. Over her career, she has received funding from the Burroughs Wellcome Fund, the L.S.B. Leakey Foundation, the Margot Marsh Biodiversity Fund, and Sigma Xi. The National Science Foundation has supported Yoder from the beginning of her career, including funding for her postdoctoral fellowship at Harvard.

Prior to her return to Duke, Yoder was an assistant professor at Northwestern and an associate professor at Yale University, where she received tenure. In 2005, Duke recruited Yoder to lead the Duke Lemur Center.