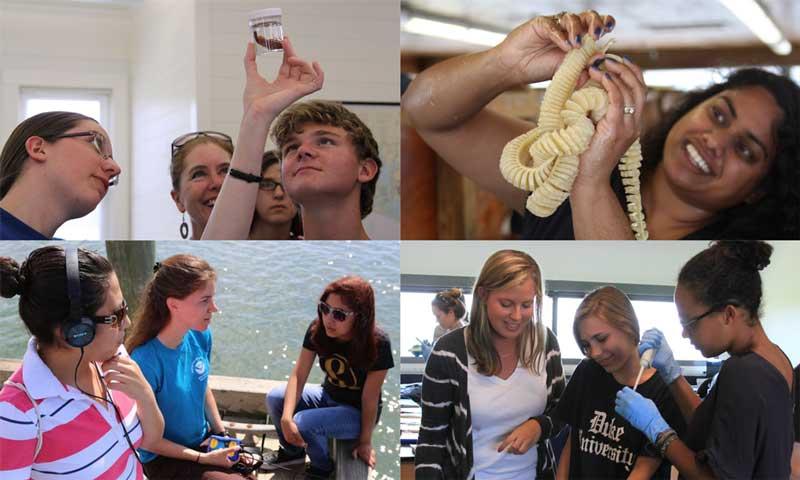 The Marine Science and Conservation (MSC) division is housed within the Nicholas School of the Environment, with most of its faculty and students based at the Duke University Marine Lab (DUML) in Beaufort, North Carolina. Over the past several years, MSC has actively worked to increase diversity among faculty, research staff, and students at the lab.

The division’s Ph.D. program in marine science and conservation currently has 38 students, including 27 women, five international students, and five students from underrepresented minority groups. The division is engaged in several outreach efforts to increase participation by underrepresented groups in graduate studies in marine science and conservation, including:

The division has also engaged in other diversity initiatives, such as: