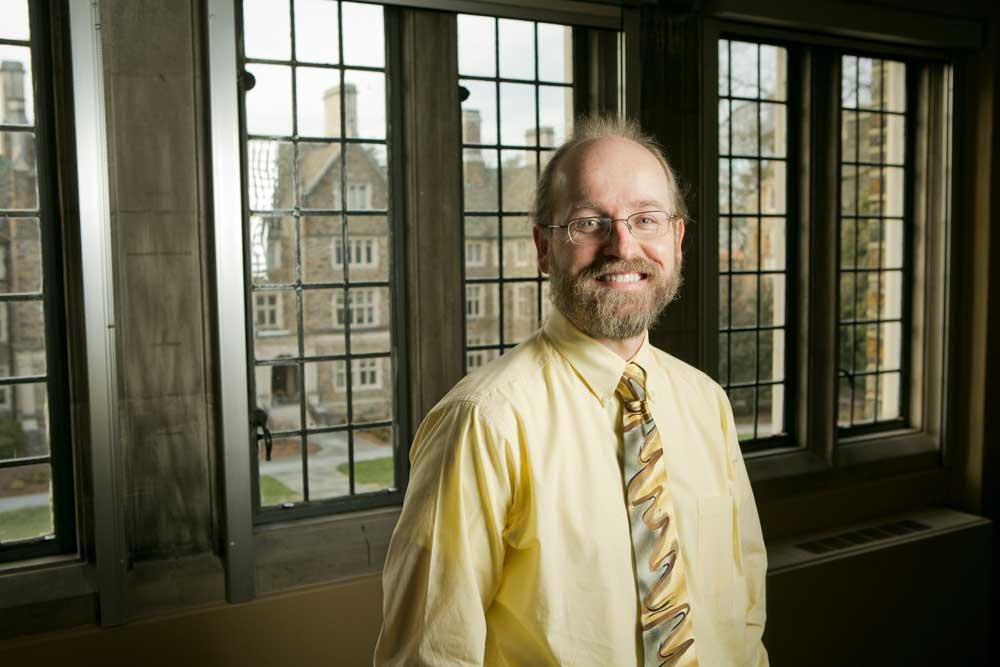 James Moody joined the faculty at Duke in 2006 and became the Robert O. Keohane Professor of Sociology in 2011. He is also the founding director of the Duke Network Analysis Center and editor of the online Journal of Social Structure and co-editor (with Duke professor Lisa A. Keister) of the open-access journal Socius. His work has focused theoretically on the network foundations of social cohesion and diffusion, with a particular emphasis on building tools and methods for understanding dynamic social networks. He has used network models to help understand school racial segregation, adolescent health, disease spread, economic development, and the development of scientific disciplines.

Moody earned his Ph.D. at the University of North Carolina at Chapel Hill and was on the faculty at Ohio State University before coming to Duke. He has published extensively in the field of social networks, methods, and social theory. His work is funded by the National Science Foundation, the National Institutes of Health, the James S. McDonnell Foundation, and the Robert Wood Johnson Foundation. In 2004, he won the Freeman Award from the International Network for Social Network Analysis for scholarly contributions to network analysis. In 2014, he was named a Thomson Reuters Highly Cited Researcher for authoring papers that ranked in the top 1 percent in the number of citations.

Since beginning his academic career, Moody has served as adviser for five Ph.D. students, 10 master’s students, and two undergraduate honors students. He was the director of graduate studies for the Department of Sociology from 2008 to 2013.

“One of the hardest parts for sociology graduate students is figuring out what they want to do and what contributions they want to make. My job as a mentor is to help them figure out what that is and help them work together, with me, and with other colleagues to figure out how to be the best sociologist they can be.”

On gauging success as a mentor

On helping students figure out their niche

“I have found the transition into life as an assistant professor to be smooth (as possible!) in large part due to the mentoring and preparation that I received while at Duke. James not only showed me how to go through the research process, he also offered a model of a highly successful academic. In that sense, there was much to be had by watching how he went about accomplishing the wide array of tasks demanded of a professor at a research intensive university. I have, along these lines, started to mentor my own graduate students and I am using James as a model.”

“Dr. Moody has been a mentor to me and many others. He is dedicated to helping graduate students transition from being students to colleagues. He excites, challenges, and supports colleagues while retaining a sense of balance. His valediction, ‘Peaceful Thoughts’ or ‘PT,’ is emblematic of this approach to mentorship.”

“Jim has an open-door policy, so that whenever he is in the office, students can stop by and ask him questions if they would like to. In his primary office, in the Sociology/Psychology building, this means that he keeps his door open while he is working. In his secondary office, in the Social Science Research Institute in Gross Hall, he actually took a desk in the same office as his students. Few students have such close, frequent contact with their advisors.”

“Through his collaboration with Duke’s Social Science Research Institute, Dr. Moody has developed a community of scholars that has generated both methodological and theoretical advances in the study of social networks. Uniting students from multiple disciplines and institutions, this community is a collaborative engine where ideas are shared, evaluated, and refined.”