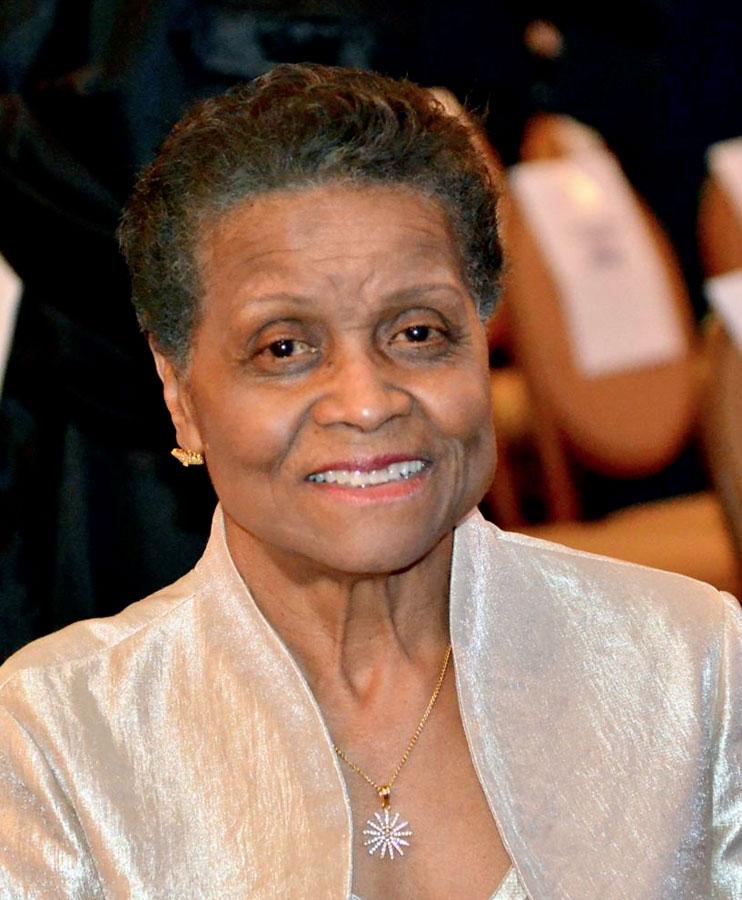 Ida Stephens Owens, one of Duke’s first African American Ph.D. graduates and an internationally recognized researcher on the genetics of human diseases, died on February 24 at the age of 80.

Owens entered Duke’s physiology Ph.D. program in fall 1962. She was among the first three African Americans to enroll in The Graduate School, which had been desegregated in 1961. In 1967, she became one of the first two African Americans—and the first black woman—to receive their Ph.D. from Duke.

“From my conversations with Dr. Owens, it was clear that she was going to be a success no matter what school she went to,” said Paula D. McClain, dean of The Graduate School. “She had such a vibrant and hard-charging presence, and we were lucky to have her as part of the Duke family. Her life and career will continue to inspire scholars at Duke and beyond.”

“Right Place at the Right Time”

Born in 1939, Owens grew up in Whiteville, North Carolina. She earned her bachelor’s degree in biology from North Carolina College (now North Carolina Central University) in 1961. While there, she found inspiration in Professor Mary Townes, whose name now adorns a science building on that campus.

“She taught me for only one course, but for some reason, I was always in her presence,” Owens said in a 2014 documentary about her life and career. “She had finished North Carolina Central herself and she had gone on to get her Ph.D. from the University of Michigan. The fact that she had gotten a Ph.D.—she became my role model.”

Owens credited Daniel C. Tosteson, the chair of the Duke Department of Physiology in the 1960s, for bringing her to Duke. Tosteson was making an intentional effort to identify promising students from surrounding black colleges for advanced study in the sciences. During one of his recruiting trips, he met Owens through James S. Lee, then the chair of biology at North Carolina College.

“He was interested in a more inclusive environment at Duke,” Owens said of Tosteson. “And I just happened to be in the right place at the right time.”

After earning her Ph.D. under the tutelage of Professor Jacob J. Blum, Owens completed her postdoctoral training at the National Institutes of Health (NIH). She then established a research program at the NIH that became internationally recognized for its investigation into the genetics of human diseases. Owens was the first to determine genetic defects in children with Crigler-Najjar diseases, a rare disorder affecting the metabolism of bilirubin and often causing brain damage in infants.

In 1981, her research program became a permanent section on drug biotransformation at the National Institute of Child Health and Human Development (NICHD), and Owens was named section chief. She later served as the head of the NICHD’s Section on Genetic Disorders of Drug Metabolism in the Program on Developmental Endocrinology and Genetics. In 1992, she received the NIH Director's Award.

A Lifelong Connection to Duke

Owens remained connected to Duke throughout her life. She served on the Trinity College Board of Visitors and the Women’s Studies Advisory Council and was a frequent speaker for alumni groups and students. The Duke Bouchet Society, which supports STEM graduate students from underrepresented groups, holds an annual dinner named after Owens in honor of her accomplishments as a scientist and as the first African American female to receive a Duke Ph.D.

In 2013, Owens was named the first recipient of The Graduate School’s Distinguished Alumni Award. The next year, The Graduate School honored her with the premiere screening of the documentary about her life and work, accompanied by a panel discussion about the role that graduate and professional schools played in the desegregation of higher education. The documentary was part of Duke's commemoration of 50 years of black students at Duke.

Senior Associate Dean Jacqueline Looney, who oversaw the production of the documentary, recalled a thought about Owens from the late Raymond Gavins, a noted Duke history professor who was interviewed in the film.

“Professor Gavins said, ‘What she did in terms of trailblazing was foundational,’ ” Looney said. “That is what comes to mind when I think about Ida Owens as a person and her work. Ultimately, she was a scientist. She wanted to stand on the quality of her research, and she did the kind of science that really improves the human condition.”

Owens is survived by her husband Herbert Owens, son Jeffrey Owens, daughter Lisa Owens, son-in-law Darryl Settles, grandchildren Taylor and Preston Settles, sister Gwendolyn Bradley, and brother Benjamin Stephens. As an expression of sympathy, the family has requested that memorial contributions be made to The Duke Graduate School Annual Fund noting that the gift is “in honor of Ida Stephens Owens.” Donations can be made at http://tiny.cc/IdaOwens.