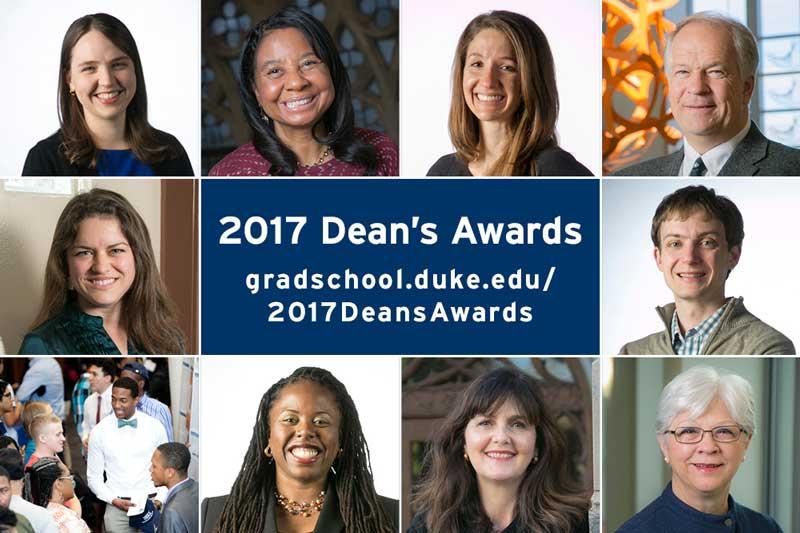 When Eleanor M. Caves was a sophomore at Pomona College, her adviser sent her on a two-month-long summer fieldwork assignment on a remote island off the coast of San Francisco, where there were more birds than humans. A lot more.

“I had never done fieldwork before, and she just sort of threw me into this incredibly intense environment where we were getting dive-bombed by birds all day and there were only six people and 300,000 birds, and food only appeared every three weeks by boat if the weather is good," Caves said.

“There was every reason in the world for her to not do that, and instead, she did, and I learned that I loved fieldwork, and also having that on my résumé was hugely important for the rest of my career.

"So she showed me that if you can sense in a person the ability for them to succeed at something, you should help them move out of their comfort zone. Just open the door and give them the chance to show they can do it.”

That’s a lesson that Caves, now a Duke Ph.D. student in biology, tries to put into practice in her own work with mentees, such as the undergraduates she mentors on independent-studies projects in the Biology Department or through the University Scholars Program. For her efforts as a mentor, The Graduate School has named Caves a recipient of this year’s Dean’s Award for Excellence in Mentoring.

Caves is one of 10 recipients of the 2017 Dean’s Awards, which recognize Duke graduate faculty, students, and programs for outstanding efforts in mentoring, teaching, and creating inclusive environments. The winners will be honored at a reception on March 29 (photos from the reception).

Here's a look at this year's recipients.

Each faculty award winner receives a $3,000 prize, while each student recipient gets $2,000.

Dean’s Award for Excellence in Teaching

Each winner receives $2,000. This award is for Ph.D. students only.

Each winning department or program receives $5,000 to be used at its discretion.