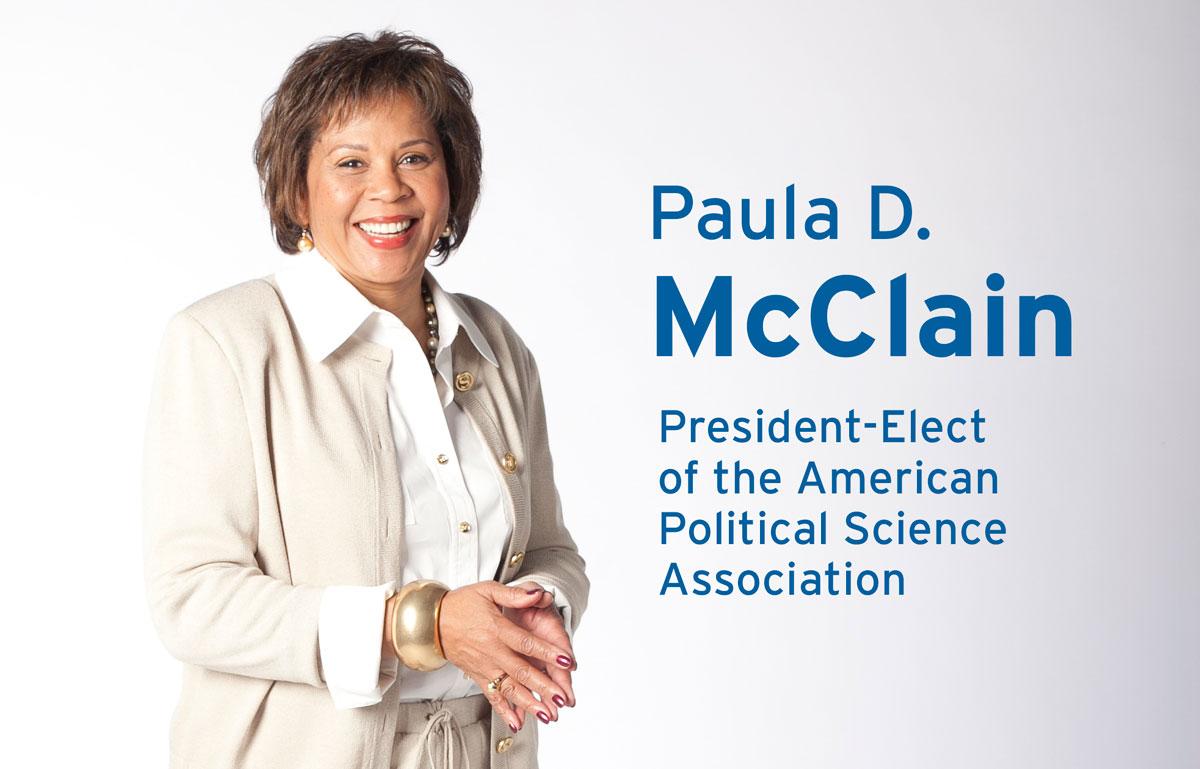 Paula D. McClain, dean of The Graduate School, has been elected as the next president of the American Political Science Association (APSA), the most prestigious academic organization in the discipline.

Her primary research interests are in racial minority group politics, particularly inter-minority political and social competition, and urban politics. She has published articles in numerous journals, including the American Political Science Review and the Journal of Politics, written three books and a monograph, and edited two books and two encyclopedias.

One of those books—Race, Place and risk: Black Homicide in Urban America (SUNY Press)—won the National Conference of Black Political Scientists’ 1995 Best Book Award for a previously published book that has made a substantial and continuing contribution. Another book—“Can We All Get Along?” Racial and Ethnic Minorities in American Politics (Westview Press)—received the Award for Outstanding Scholarship on the Subject of Intolerance from the Gustavus Myers Center for the Study of Human Rights in North America.

Her most recent book, American Government in Black and White: Diversity and Democracy (Oxford University Press), was named the best textbook published in 2010 on the topics of race, ethnicity, and politics by the American Political Science Association.

In 2014, McClain was elected a Fellow of the American Academy of Arts and Sciences. She served as president of the Midwest Political Science Association (MPSA) in 2015-2016, and the MPSA’s Women’s Caucus honored her in 2017 with its Outstanding Professional Achievement Award.

Founded in 1903, the APSA is the leading professional organization for the study of political science and serves more than 12,000 members in more than 80 countries.