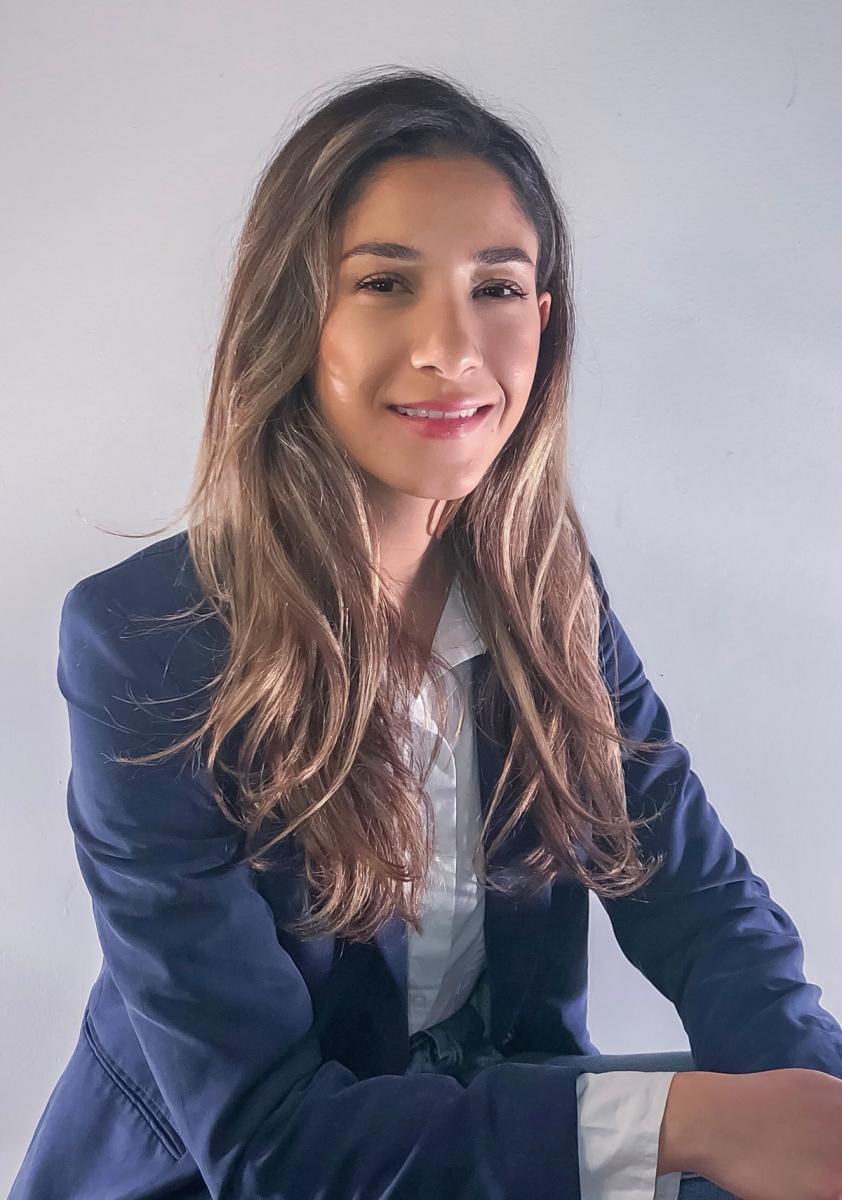 Hala Galal El-Nahal, a second-year Ph.D. student in biomedical engineering, has been selected for a 2020 Samuel DuBois Cook Society Award, which recognizes individuals who routinely enrich the lives of people in the Duke community and contribute to the betterment of all people, above and beyond their given roles.

The Graduate School nominated El-Nahal for the award. In the nomination letter, Assistant Deans Melissa Bostrom and J. Alan Kendrick noted her efforts as a champion for the recruitment and retention of underrepresented and underserved high school students in engineering and other STEM disciplines.

El-Nahal launched the Duke Research in Engineering Program (Duke REP), a seven-week summer program that places high school students—particularly those from economically disadvantaged backgrounds and groups that are underrepresented in STEM—in labs at Pratt. The program was established with funding from her department, The Graduate School, the Pratt School of Engineering, the Office of the Provost, and the Southern Regional Education Board.

“I am humbled and honored to be a recipient of the Samuel DuBois Cook Award,” El-Nahal said. “DukeREP is definitely a team effort and has been successful thus far because of the hard work and many hours invested into the program by the entire executive board. I am truly grateful for this exposure which I hope will raise awareness of our program and the cause we are trying to further.”

In its two years of existence, Duke REP has expanded beyond biomedical engineering to create research opportunities for high school students in other engineering disciplines as well, thanks to support from the Department of Electrical and Computer Engineering and the Department of Mechanical Engineering and Materials Science. The program’s budget has increased to serve more students (13 in its second year, up from 4 in its first). El-Nahal also created an advisory board and identified peers to help jumpstart the program and ensure its continuity.

“Hala is best described as a servant-leader, a scholar, an activist, a role model for aspiring scientists and for university administrators as we continue to search for promising practices in recruiting and retaining diverse talent in the academy,” Bostrom and Kendrick wrote in their nomination letter.

“Hala’s efforts directly affect the accessibility of STEM research for high school students from underrepresented populations, which can be a conduit to further STEM education. Her approach demonstrates the importance of viewing student progress as a continuum leading from elementary school to high school into postsecondary education and through to the completion of a college degree and beyond.”

El-Nahal and other recipients will be honored at a dinner on February 11. The Samuel DuBois Cook Society was founded in spring 1997 to honor Cook, the late Duke professor who was the first African American professor to hold a regular faculty appointment at a predominantly white college or university in the South. The society recognizes the years of service he offered to Duke, to the cause of African American advancement, and to the betterment of relations between people of all backgrounds.