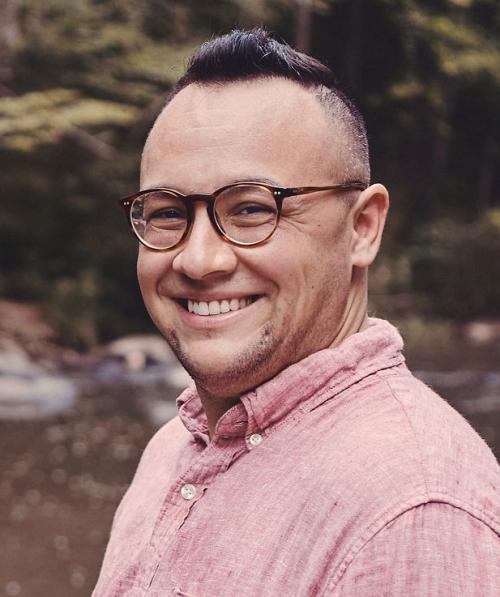 Cole Rizki, who recently earned his Ph.D. in literature, has been selected for a William J. Griffith University Service Award for his leadership and advocacy on LGBTQ issues.

The Griffith Award is presented annually to a select number of graduating students whose service and contributions to the Duke and larger communities have significantly influenced University life. Recipients are recognized for effective university, communal, and global citizenship.

Rizki will be an assistant professor of Latin American Studies at the University of Virginia in the fall. He was nominated for the Griffith Award by The Graduate School. In the nomination, Assistant Deans Melissa Bostrom, Hugh Crumley, and J. Alan Kendrick noted Rizki’s many contributions.

“In his time as a graduate student here, he has provided such leadership on campus, in particular in support of the LGBTQ community,” Crumley said. “This was also at the height of discrimination in the form of the HB2 amendment in North Carolina. His leadership was really important.”

The summer after the state passed the HB2 amendment, which required people to use public bathrooms that correspond with the sex listed on their birth certificate, Rizki served as project manager on a Data+ team that analyzed the results of a national survey on transgender discrimination, which produced the world’s largest dataset on transgender and gender-nonconforming experience. The team shared its results with the American Civil Liberties Union to support the organization’s efforts to fight the bill, which was partially repealed in 2017.

Rizki has also supported LGBTQ issues in other ways during his time at Duke. He developed and taught a service-learning course titled Introduction to Transgender Studies. He led professional development programming for graduate students, including a workshop on creating a classroom environment that is inclusive for transgender students. He also chairs the trans subcommittee on the university’s LGBTQ task force, which works with administrators, faculty, and staff to recommend policy initiatives for the university and the Duke health system.