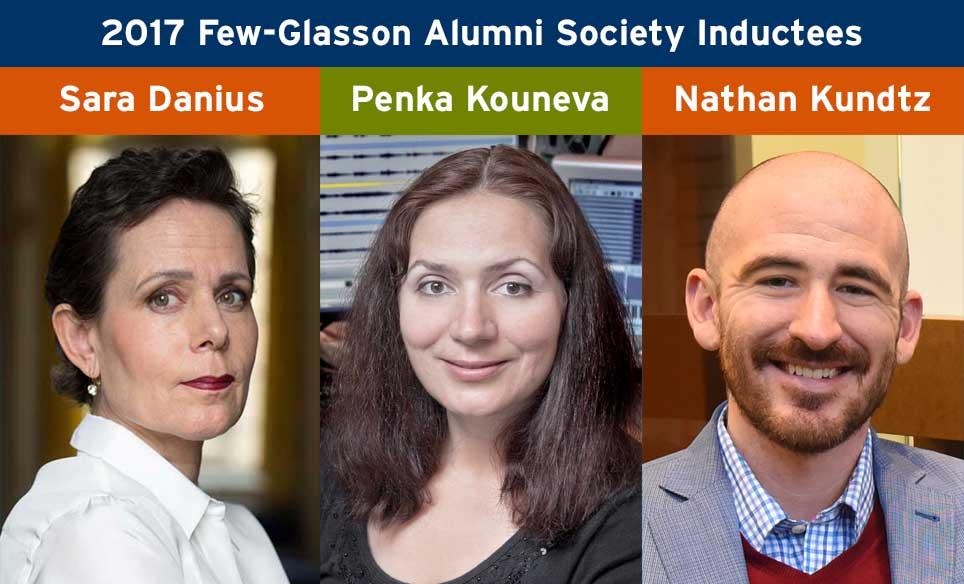 The public face of one of the world’s most prestigious cultural institutions, a composer who has worked on some of the biggest Hollywood movies, and the founder of a fast-rising tech company are this year’s inductees for the Duke Graduate School Few-Glasson Alumni Society.

Created in 2016, the Few-Glasson Alumni Society recognizes graduates of the school who have distinguished themselves through their career accomplishments, the potential of their current endeavors, or their support for graduate students and graduate education at Duke.

The inductees will be recognized during The Graduate School’s homecoming reception at the Nasher Museum of Art on September 15.

The society is named for William Preston Few, the first president of Duke University, and William Henry Glasson, the first dean of The Graduate School. Candidates for the honor are nominated by members of the Duke community.

Sara Danius is a professor, literature scholar, critic, and author living in Stockholm, Sweden. In 2013, she was elected to the Swedish Academy, which awards the Nobel Prize in Literature. Since 2015, she has served as the Academy’s permanent secretary, the first woman to hold that post. In her role as permanent secretary, she makes the academy’s announcements and handles administrative functions for the group.

Danius is a member of the Royal Swedish Academy of Letters, History and Antiquities. She holds doctorates from Duke University and Uppsala University in Sweden and has been a guest professor at the University of Michigan and a fellow at Wissenschaftskolleg zu Berlin in Germany. She holds several posts in the research community, among them membership of the Swedish Research Council’s advisory board for the humanities and social sciences. In addition, she has held a professorship in literary studies at Stockholm University since 2013. She has also been a flourishing independent essayist and a contributor for the Swedish newspaper Dagens Nyheter since the 1980s.

As a master’s student at the University of Nottingham in England, Danius studied cultural theorist and Duke professor Frederic Jameson and wrote a paper on his theory of interpretation. It was her first step in an international career in literary research, and upon her return home she introduced Jameson to Swedish audiences in a 1989 essay, “En amerikansk Marxist” (An American Marxist).

At the end of the 1980s, Danius wanted to emphasize the timely need for a more socially and politically oriented theory of literature. In 1990, she entered the doctoral program in literature at Duke, where she studied under Jameson himself. Danius wrote a dissertation that shone new light on the classic works of 1920s modernism.

Over the course of her career, Danius has published books and essays on a wide range of topics—modernity, glass art, cookbooks, photography theory, and James Joyce’s brief stay in modern-day Croatia, to name a few. Her 2002 book—The Senses of Modernism: Technology, Perception, and Aesthetics—grew out of her dissertation and has become a standard reference in modernism research. 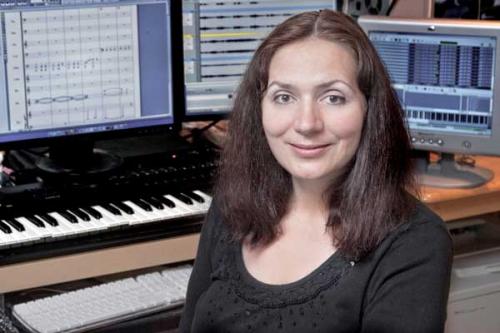 Born and raised in Sofia, Bulgaria, Penka Kouneva came to Duke in 1990 with $130 in her pocket and a Mary Duke Biddle fellowship as a master’s student in composition. Later she became the first graduate of the Duke music department’s newly established doctorate program in composition. At Duke, she studied with celebrated orchestral composers Stephen Jaffe, Scott Lindroth, and the Dutch postmodern minimalist Louis Andriessen.

While at Duke, her work attracted commissions from nationally prominent ensembles such as the Lark and Ciompi Quartets. She also actively composed music and soundscapes for theatrical organizations, and the allure of the theater and cinema world drew her to Los Angeles in 1999.

That marked the beginning of her career as an award-winning composer and orchestrator for film, television and video games. Kouneva has worked on titles grossing $15 billion worldwide and was the first woman lead orchestrator on films with budgets over $100 million (Ender’s Game and Elysium). Her credits include work on blockbuster movies such as the Pirates of the Caribbean: At World’s End, Angels and Demons, three Transformers movies, and two Matrix films.

As a composer, Kouneva has scored the Prince of Persia and Transformers games and The Mummy Virtual Reality experience. She has also composed the music for a NASA exhibit at the Kennedy Space Center Heroes and Legends that celebrates the icons of American space exploration. Her artist work is released on Universal Music (The Woman Astronaut).

Kouneva has received numerous honors, including the Aaron Copland Award, the Sundance Composer Fellowship; Hollywood Music in Media Awards, two Ovation Awards, the Meet the Composer Award, and many artist fellowships. She is known as an industry leader, serving on several advisory boards, including the Game Developers Conference and Sundance Institute. She has also mentored many notable protégés.

Kouneva has given back to the Duke music department through a recurring annual “commission award” of $10,000. This gift allows two graduate students to compose pieces to be rehearsed and recorded by the North Carolina Symphony. The first two works were recorded in 2016, and one of them won a national competition and had a significant performance. Two more students will get a similar opportunity in May 2018.

In conjunction with that opportunity, Jaffe and Lindroth co-taught a seminar so that other graduate students in the department can benefit as well. The seminar will be offered again in spring 2018.

Kouneva’s gift also funded a new composition by Jaffe and will support a new piece by Lindroth as well. Jaffe’s work, titled “Migrations,” will be performed by a faculty-student ensemble in Baldwin Auditorium on September 16, with celebrated French violinist Gabriel Richard as guest soloist. 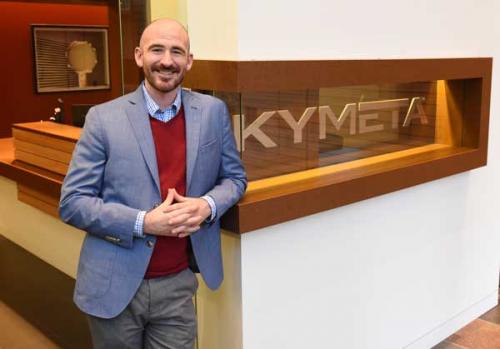 Nathan Kundtz is the founder and chief executive officer and president of Kymeta Corporation, which has been recognized for its development of a thinner, flatter, and lighter satellite antenna technology that could revolutionize mobile connectivity.

Kymeta’s technology makes it feasible to connect anything that moves to high-speed, high-bandwidth satellite networks instead of the cellular spectrum used by smartphones, which is more limited. The technology has the potential to greatly expand connectivity throughout the world by making it easier to bring much faster internet connections to cars, airplanes, boats, and more.

In the last five years, Kymeta has raised over $200 million in funding, including support from Bill Gates, Lux Capital, and Liberty Global. It has been recognized as a CNBC Disruptor, a FiReStarter by Strategic News Network, and a top-50 MIT Technology Review Disruptive Company.

Kundtz has received several honors in the past year, including the 2016 2b AHEAD Innovators Award and recognition as a LinkedIn Next Wave top 10 technology professionals under 35. The company also has received the Frost & Sullivan New Product Innovation Award and has been listed among the Fierce Wireless Fierce 15, the Fast Company Top 10 Most Innovative Companies in Space, and a Rising Five by SSPI.

Kymeta has signed significant partnerships with industry leaders such as Toyota, Intelsat, Inmarsat, Sharp, and many more. Toyota has announced that it will use Kymeta’s technology for its next-generation connected vehicles. In 2016, a Toyota SUV equipped with Kymeta’s antenna took a 20,000-mile test drive around the country, including a stop at Duke, where the technology was first hatched.

While completing his Ph.D. in the lab of metamaterials pioneer David Smith, Kundtz conducted award-winning doctoral research that provided the foundation for Kymeta’s technology. After graduation, he joined Intellectual Ventures in Bellevue, Washington, where he pioneered the use of metamaterials technologies in electronic beam-forming applications. The success of this technology at Intellectual Ventures ultimately led to the spin-out of Kymeta in August 2012.

Kundtz has more than 40 patents and patent applications and more than 30 peer-reviewed publications. He is currently an adjunct assistant professor of electrical engineering at Duke, a member of the Graduate School Board of Visitors, a board member for the Society of Satellite Professionals International, and a member of the Forbes Technology Council, an invitation-only organization for senior-level tech executives.